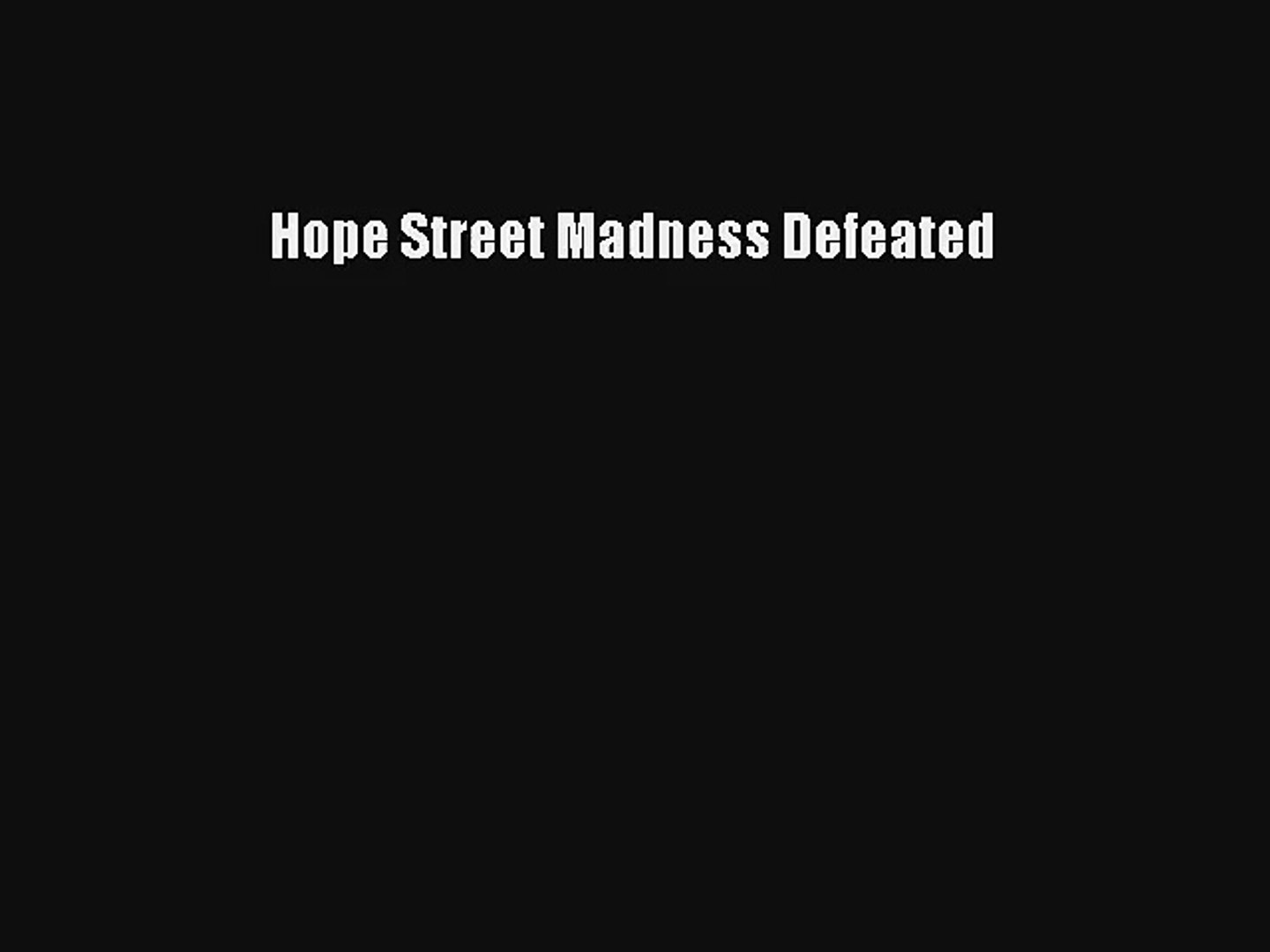 Description "Mental ill health has finally come out of the umbrella of madness and can now be seen for what it really is; a perfectly normal part of life. Hope Street takes readers on an inspiring global journey, giving an insight into different mental health environments. The book focuses on five individuals who have experienced mental ill health and are now in recovery.

Most hold down full time jobs, are engaged in meaningful activities and are stronger as a result of their experiences. More and more people around the world are coming to live on Hope Street; hence taking the first steps towards recovery. The stories, contacts, and research in this book have shown that recovery is now possible. The writers involved in this book have bravely come forward to inspire others. Their message is simple: "There is always Hope.

I was angry at Perveen! I remember doing stupid things like cutting her picture out of a family album. He beat me, but I still identified with him and only later looking back di dI come to understand my feelings. Shame on him was shame on me.


Being the oldest boy, I felt like a had a to upload whatever was left of our family honor. We never had much contact with the tiny Afghan community in Philadelphia, but after my sister broke her engagement and ran away with her boyfriend, even that slight connection was completely severed. My mom had no say in it, nor did any of the rest of us. My friends ask if all that abuse scared me.

I say, not at all, not at all. I know it does no good to hold onto hatred.

His mother died when he was little; he never had a mother to love him. He got hit a lot when he was young, as a way of being disciplined.

The beatings? They were his way of communicating. He got locked up and lost most of his money and all of his cars. I never did get caught, and I broke away from the business to look for a safer route through life.

Perveen came back from Puerto Rico after a year, but I had little to do with her at first. I was still angry. They had known each other since their teenage years, and Ibrahim had often urged Dad to come to California, telling him that he would have a better life there because the San Francisco Bay Area had a much bigger Afghan community. I longed for us to make that move. I longed to live where I could find other people like me. The day my father told us we were moving to California, I felt so happy. I just lay in bed all night thinking about that warm California sunshine. Dad and I got a passenger van for our drive across the country and small U-haul trailer for our few possessions.

When the day of our departure came, at last, we packed quickly, much as we had done the day we left Afghanistan. Once again we set off almost empty -handed with no idea of what new life we were heading toward, only that we were leaving Hope Street for a better future— we hoped.

The publisher Kajakai Press kindly permitted to republish this story on Afghan Magazine. Purchase the book at Amazon. Rasam was born in Kabul, Afghanistan and came to the United States at a very young age.

He began drawing at the age of nine. As a shy kid in a new environment, it was easier for him to communicate with others through art than with words. Over the past several years, his art education has been centered on classical realism. I traveled through Afghanistan in the fall of during the Taliban era and then returned in and to report for various publications and radio programs.

These pictures are from the summer of , when I took a cross-country road trip from Kabul, through Kandahar, and then to Herat, my hometown. This was before any roads were repaired, and during a time when many Afghans were still hopeful for change. As a child, I lived in Kandahar, Helmand, and Herat. Now with American and European journalists as my travel mates, I traced back memories from my childhood, visiting sites like the Helmand River and the Gazergah shrine. I went to schools, shrines, bazaars, and private homes, talking to Afghans from every background and age to gauge the mood of the country.